MY PATH TO DOMINANCE….

By Mistress Selene | Uncategorized | No Comments 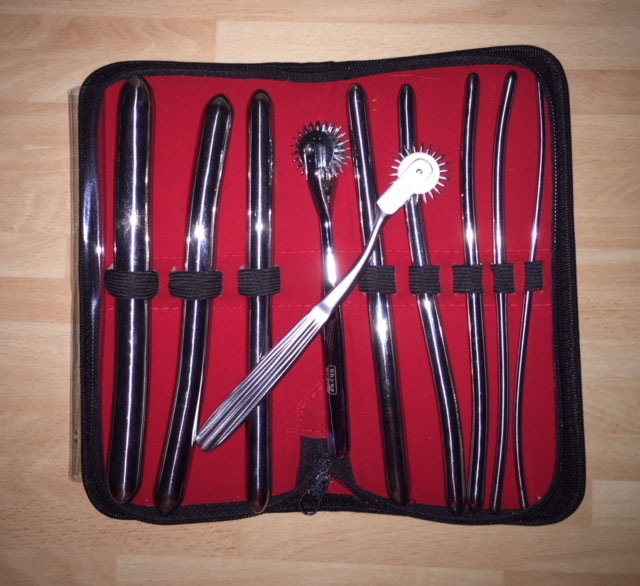 When I look back to my younger years, I can’t think of any defining moment or significant event that triggered my path to dominance and deviance.

I do remember though as a child having kinky thoughts and reenacting these thoughts through my dolls. I would very often dress Ken up in Barbies clothes and he would have to do things like rub her feet and take care of her every wish and whilst Ken was rubbing Barbies feet, he would be saying naughty things to him and then she would tie him up and sit him in a corner. In primary school I would tie my friends up with the skipping ropes for fun, I guess this was my first taste of bondage!

Another thing I remember from my school years is when the teacher asked us to hold hands to play a game or sing a song, I would squeeze whoever was next to me’s hand a little bit too hard and loved to watch the first signs of pain begin to show on the poor unsuspecting child’s face. I would always let go just before they started to cry. In my teens I discovered books and read articles all about the world of BDSM and Dom/Sub relationships and my fantasises grew, I spent countless nights playing out these fantasies in my head.

During my early twenties my sexual encounters where pretty straight forward, unadventurous and sometimes even tedious. I always felt like there was something missing. The fantasies that I had in my head stayed in my head, but that was all about to change…

One night after a very ordinary day at work I accompanied my work colleagues to a bar for a couple of drinks. (This was pretty standard behaviour for a Friday night). As we sat down I noticed a small, slim unassuming man sitting on his own at the bar. He looked uncomfortable and anxious. He wasn’t my type at all, but for some unknown reason I felt drawn to him. I decided to go over and as I approached him he looked like a rabbit caught in headlights! He kept fidgeting and couldn’t get his words out straight plus he kept staring down at my shoes and he could not hide the fact that he had become very sexually aroused.

I really don’t know what came over me that night but the way he was acting ignited something inside me that I had kept locked away until now! The power I had over him made me feel so alive, excited and absolutely immense, I was on a massive sexual high!

I instructed him to follow me into a side room, he immediately obliged. Inside the room I ordered him to get on his knees and utter filth started spilling from my mouth. I couldn’t help notice that he kept gesturing with his hands and tongue towards my expensive stilettos. I pointed to them and he started licking them ferociously and as his tongue flickered all over my shoes he started rubbing his small very hard penis and whimpering, pleading and begging me to let him cum, in the end I allowed him to finish as long as he cleaned up after himself with his tongue. Which he did so diligently. After some time I was getting a little bored of him and wanted to return to my friends so I told him to get lost (which he obediently did). As I returned to my friends my head was spinning. I couldn’t believe this had just happened however, it had made me feel empowered, strong, confident and of course ‘DOMINANT’!! I I I couldn’t wait to explore this further….

@AnthonyEire1 I need a pair of these leggings 😍😍😍what make and where can I get hold of a pair???

Goodmorning beloveds 😈 just a little shout for for one of the best and the most accommodating photographer I have had the pleasure to work with @steve_satin here he is working hard behind the scenes...#fetishphotographer #glamourphotographer pic.twitter.com/U1SmV42vWS